Japan has thousands of years of history and a culture unlike any other. Japanese media is well-liked around the world and includes everything from music and movies to video games. Others are so Western you might not even know they were produced in Japan, while some contain traditional Japanese motifs.

Whether in the worlds of imagination or traveling to nations that attract them, players frequently find themselves yearning to leave their own world and go to their favorite game. Japan has produced the ideal getaway and location for some of the great games, whether on the hectic streets of Shibuya or within the fictional area of Kamurocho. And one of the best games that will let you experience the best of Japan's original game is Persona 5 Royal.

What is Persona 5 Royal? 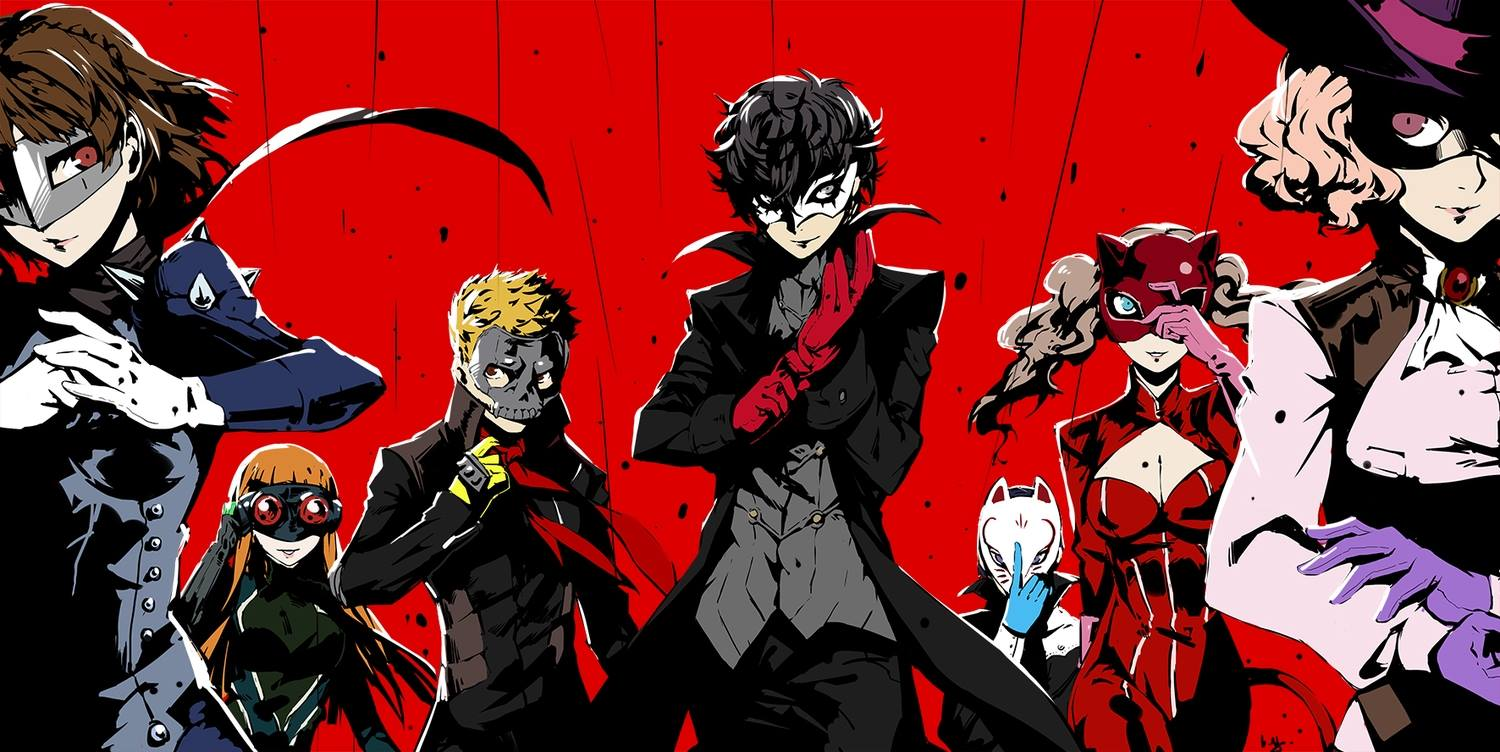 Persona 5 Royal is arguably the most popular and well-polished entry in the Persona series. "Persona" means the other self that exists inside of you. It is a persona fusion that has a physical manifestation as powerful mythical deities and monsters. Additionally, the definitive version of Persona 5 Royal allows you to join the Phantom Thieves and defy norms, uncover your inner strength, and fight for justice. It also lets you explore Tokyo, unlock Personas, customize your own Thieves Den, and experience an all-out attack, boss fights, and downloadable content in the Nintendo Switch version. 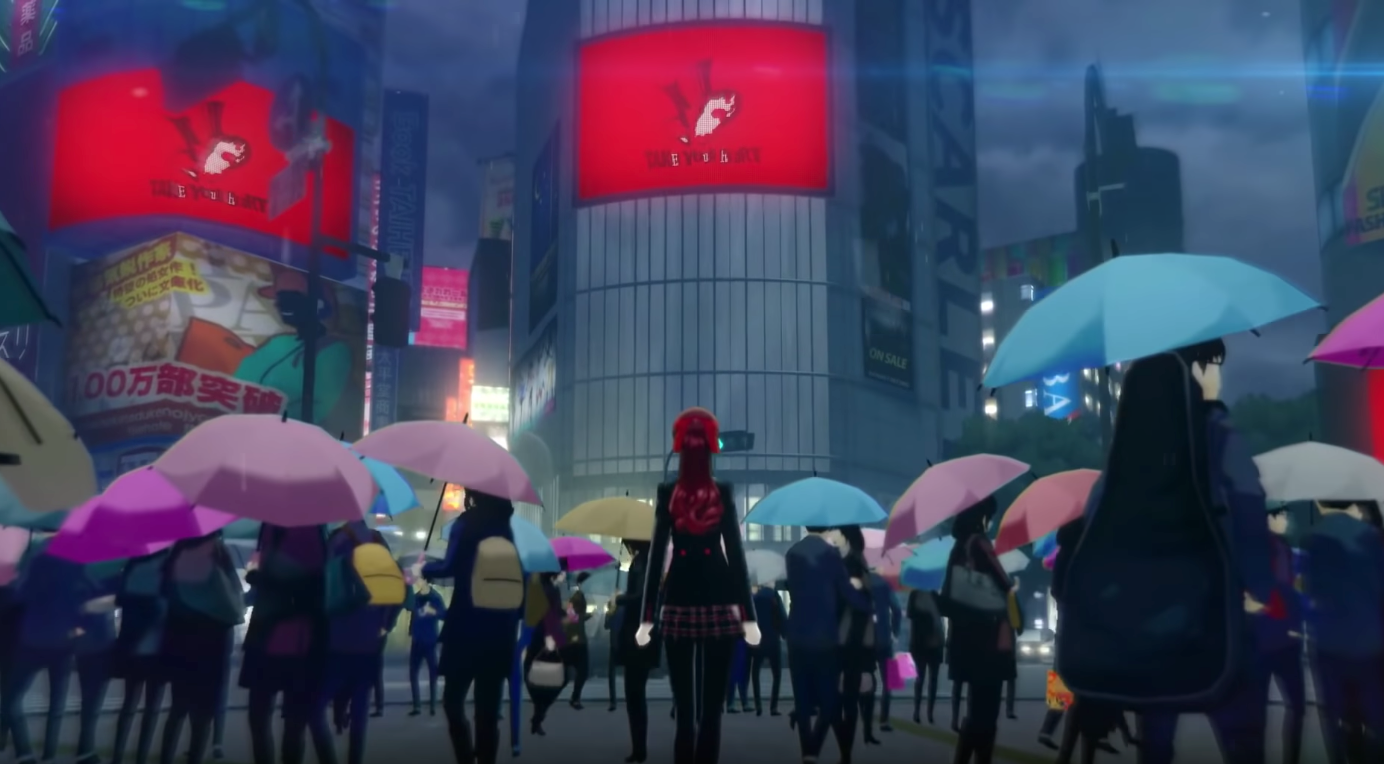 Moreover, Persona 5 Royal is a great game portrayal of traditional Tokyo slice-of-life in the video game industry, aside from its wonderful supernatural combat system and gaming time. Numerous Tokyo neighborhoods, including the bustling Shibuya streets, well-known stores, railway stations, and even cafés serving traditional Japanese snacks and delicacies, are accurately portrayed. Persona 5 Royal stands out as an extraordinary, memorable experience and one of the modern JRPG of the last decade.

A great example of how to take an already fantastic game and make it even better is Persona 5 Royal. It's not just your typical "game of the year" edition with some supplemental material tossed in. It is recognized as one of the best role-playing games of all time and was first launched as Persona 5 in 2016 before being re-released as Persona 5 Royal in 2019 with more content. Persona 5 Royal's remastered release on other consoles in addition to the PlayStation 5 may have infuriated some of the game's supporters.

Nearly every aspect of Atlus' 2016 or 2017 the US JRPG masterpiece has been improved, refined, or expanded significantly. The amount of love and attention to detail hidden behind each old and new plot twist left you in amazement throughout the course of more than 130 hours of wandering around urban Tokyo and the fantastical worlds of the human imagination. The Japanese role-playing game masterpiece is now accessible to a new generation of persona users and party members with overwhelmingly positive 7,032 reviews. 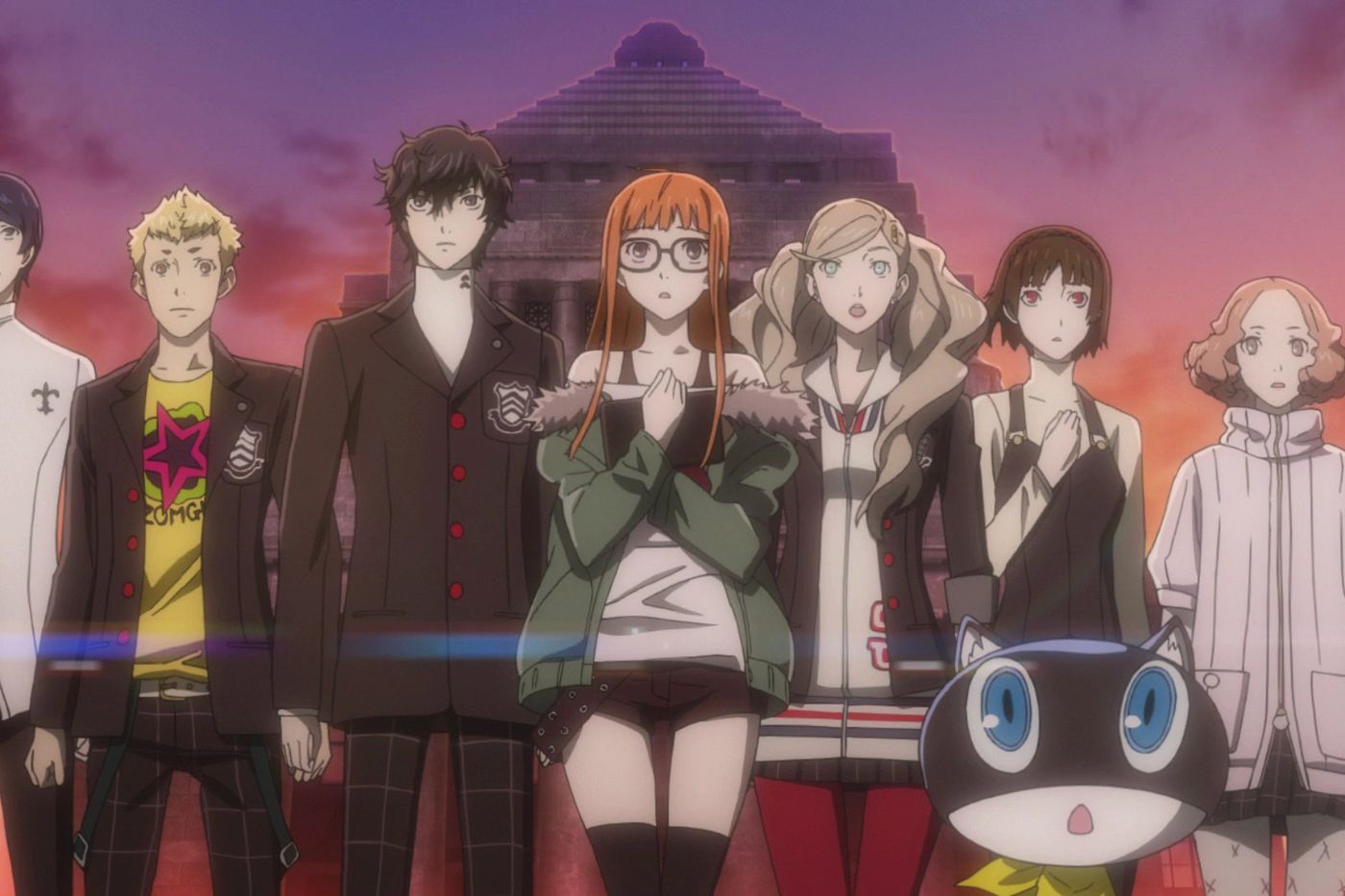 Hashino came up with the initial idea for the game's story and new personas, and Shinji Yamamoto and Yuichiro Tanaka collaborated on the persona game plot. The central concepts of the story were ultimately inspired by analogous social changes he saw in contemporary society, particularly in Japan. Hashino also stated that the game's central theme is freedom and how the main characters attain it. He wanted to make the previous games more "thematically approachable" for newcomers to the main game.

It stars Joker, a high school student who attend Shujin academy and must balance his daytime identity as Phantom Thief with his responsibilities at school. He has a strange dream. “You truly are a prisoner of fate. In the near future, ruin awaits you.” With the goal of “rehabilitation” looming overhead, he must save others from distorted desires by donning the mask of a Phantom Thief. He becomes the leader of the Phantom Thieves of Hearts, a vigilante organization that uses the Metaverse to change the hearts of villains and other bad actors, together with fashion model Ann Takamaki, school miscreant Ryuji Sakamoto, and Morgana, a mysterious cat-like creature.

The series often tells the tale of Joker and other characters to learn how to be a Persona user, charting the development of their friendship and inner selves as they overcome several challenges and save others from distorted desires. Conversations seem natural, and the evolving connections between the Phantom Thieves of Hearts seem to advance at a realistic and reasonable pace, which contributes to the depth of the story content appeal. Important developments and third-act plot surprises all feel like they were adequately set up in the earlier chapters, and the conclusion puts a gratifying bow on the entire experience. 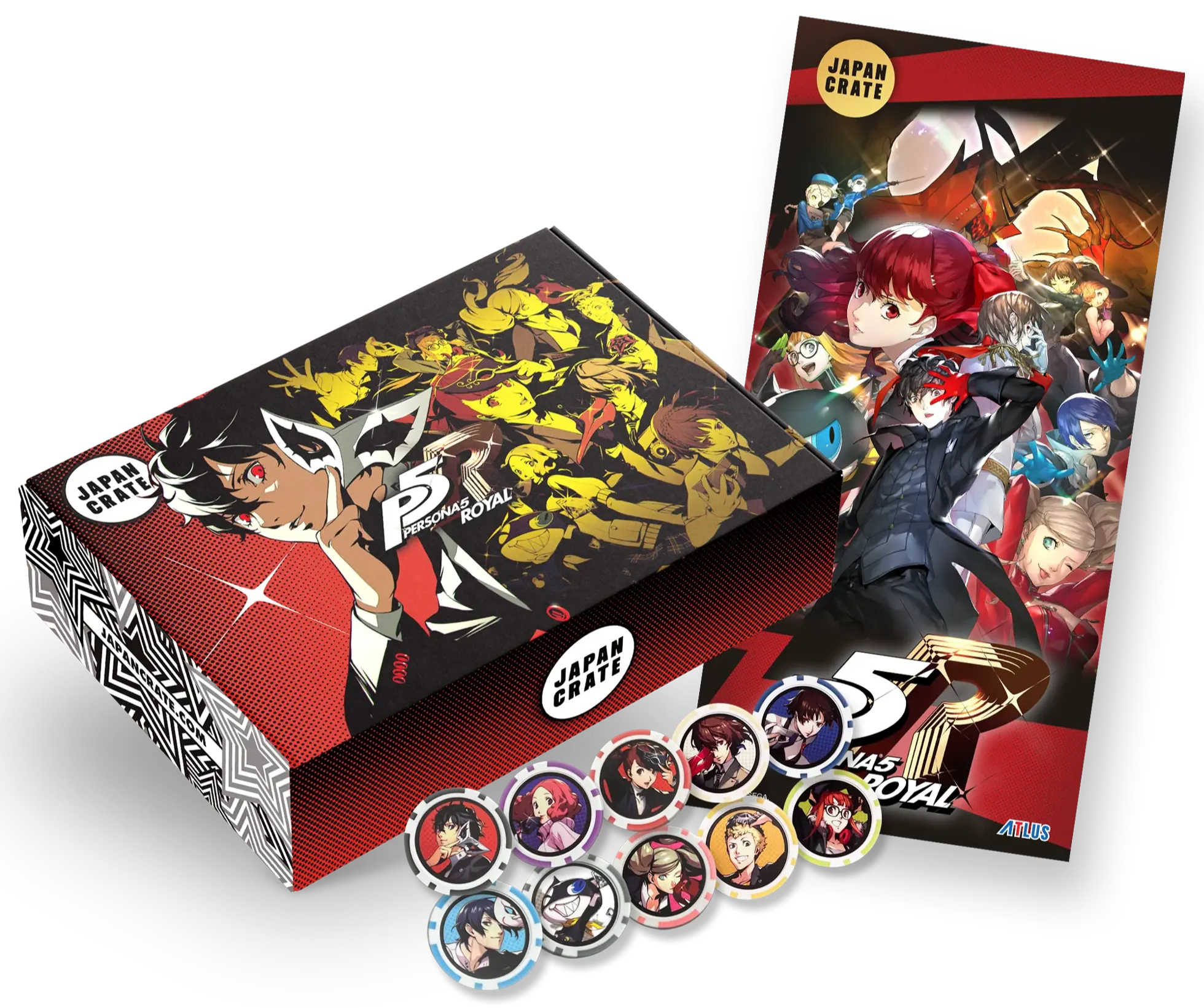 Since 1996, Persona has been a popular and enjoyable Japanese role-playing game. Atlus registered trademarks published the first installments of the Persona series. And Japan Crate will keep the hype and give you the best collaboration with Sega Corporation Persona 5 Royal. 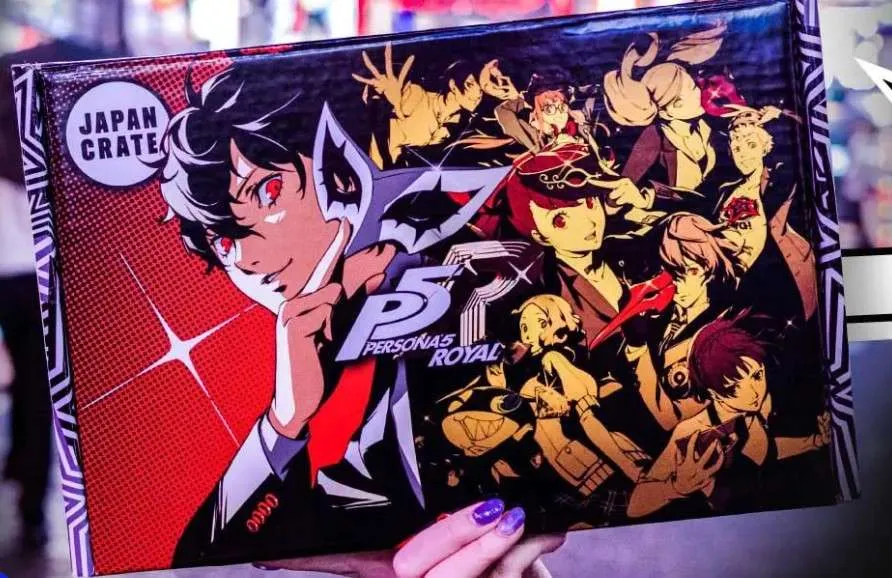 Japan Crate offers a snack box that includes a fold-out poster, one special Persona 5 poker chip, and exclusive Persona artwork. Fans will probably be interested in this particular item because they may choose from six varieties, including various Phantom Thieves members. The snack box will also contain 18 snacks and candies that are exclusively available in Japan and are based on the video game, giving players the full Persona 5 Royal experience. Explore the new Personal 5 Royal with Japan Crate now!