The noodles-in-a-cup, a quick and delicious lunch, quickly gained popularity in Japan and throughout the rest of the world. Cup noodles are so well-liked in Japan that a museum is devoted to the dish. The top cup noodle producers in the nation, including Nissin Foods and Maruchan, have created hundreds of distinct tastes. Over the years, Nissin has added many daring flavors to their popular Cup Noodle instant ramen series, some of which include chicken nuggets with french fries, karaage fried chicken, and even flavor mashups of the regular lineup. Discover more about the rich culture of Cup noodles in Japan and the best flavors that will surely delight your taste buds. 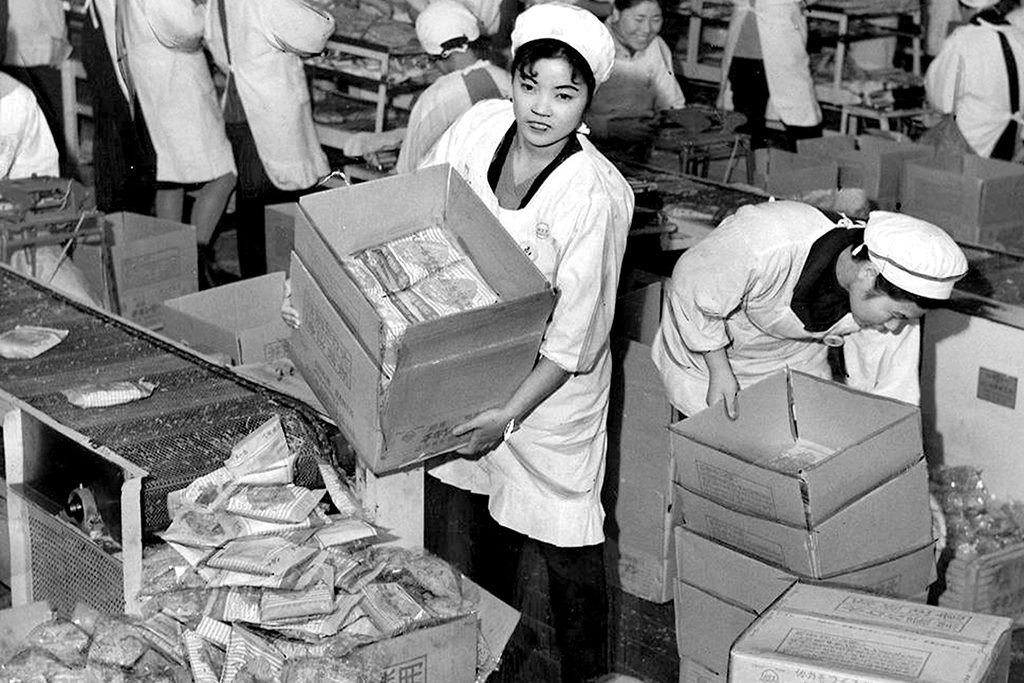 Innovator and Nissin food company founder Momofuku Ando invented instant noodles for the first time in 1958. The concept of the instant noodle emerged from Japan's desire for a low-cost, quick-to-cook source of nutrition to support its post-World War II economic growth. In a little shack in Ikeda, Osaka Prefecture, Ando created the first instant noodles ever made. Ando devised the complete production process for flash-frying the noodles, from noodle-making through steaming, seasoning, and dehydrating in oil heat, using the tools in his shed and a process of trial and error that allowed noodles to be stored longer and served at a later time in response to a growing market need.

As a result, Japan was introduced to instant noodles for the first time under the name Chikin Ramen. The instant noodles could be prepared in two minutes by adding boiling water. Nissin cup noodles swiftly earned a reputation as a necessary household item in Japan as Nissin expanded and their cost gets affordable. With time, it started to spread to other regions of the globe as well, and today, nearly 100 billion servings are sold annually worldwide. 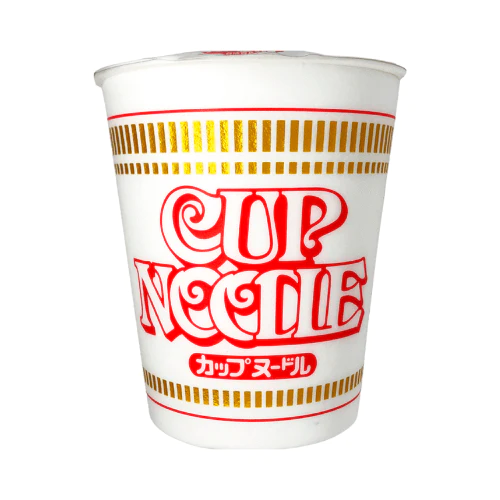 It isn't easy to top the original, that white cup packed with nostalgia as much as the noodle. This cup was simple to consume and had nice meat chunks in the steaming broth. It was pure comfort food with a calming flavor and lots of vegetables mixed in. The noodles have a nice consistency and still have a bit of spring to them. Additionally, the Cup Noodle white styrofoam container has become a recognizable symbol of grocery shop shelves. But Cup Noodle Classic stands out above the rest as one of the major three and is a wonderful place to start for those who are new to the world of instant noodles. 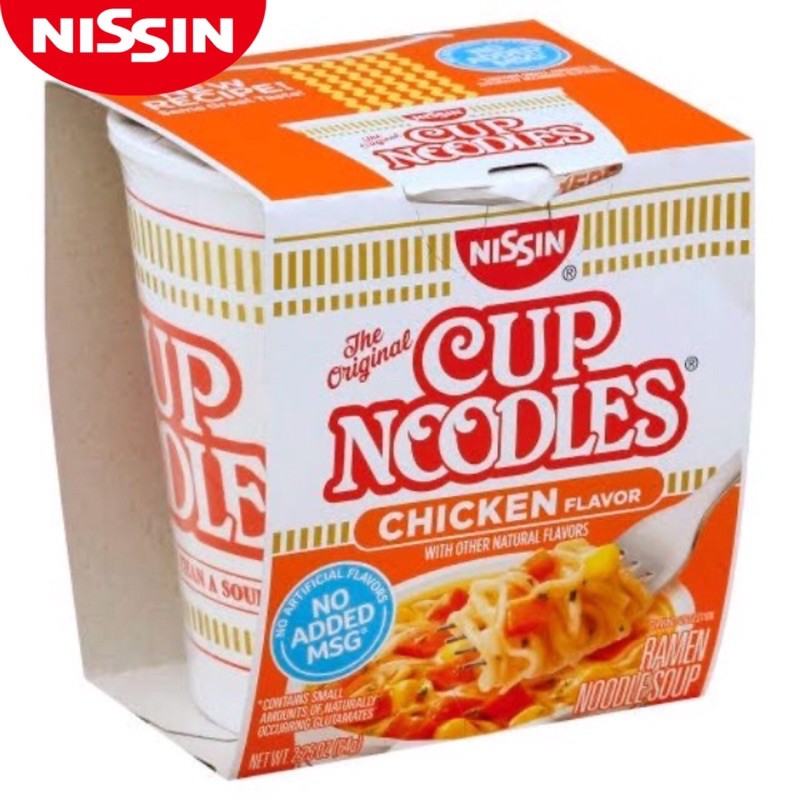 The original instant noodle brand, Chikin Ramen (nowadays spelled "Chicken Ramen" in English), continues to be a top seller domestically and abroad. In 1971, the instant cup noodles with chicken taste from Nissin set off the ramen craze. Simmering chewy instant noodles and vegetables create the ultimate comfort food in a creamy chicken broth. It resembles chicken noodle soup in Japan. The noodles have a straightforward flavor that many Japanese find comfortable. Chicken Ramen should be on your list of must-eat instant noodles if you've never tried it. 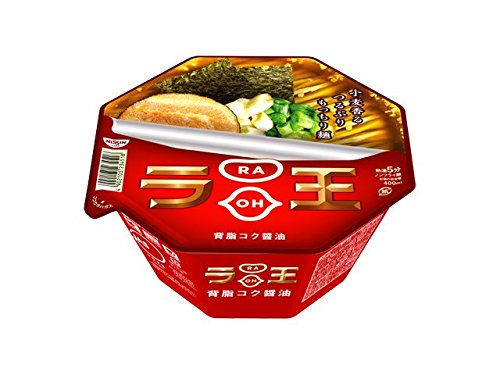 The Japanese name "Ramen Oh," which translates to "Ramen King," is abbreviated to "Raoh." As the name suggests, Nissin's Raoh variety of instant ramen is "fancier" and comes in different flavors, like the delicious Tonkotsu Soy Sauce flavor. Raoh offers non-fried noodles that contain whole wheat for a great texture that is more akin to fresh tonkotsu ramen noodles than regular instant noodles, which are deep-fried. Although significantly more expensive than other Nissin noodle products, the Raoh brand is definitely worth trying. 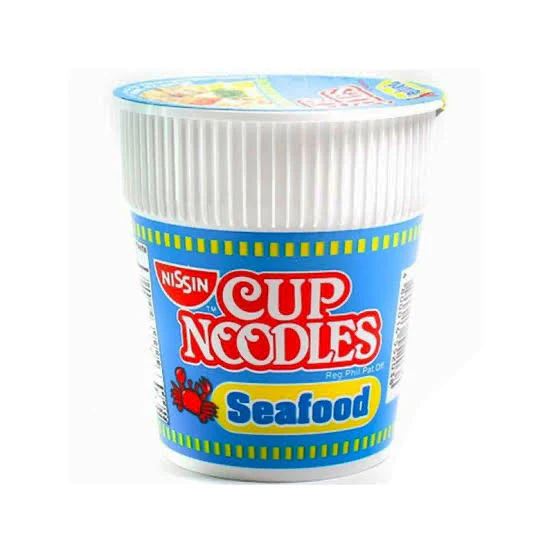 There's a solid reason seafood is one of Japan's famous cup noodle flavors. If you enjoy seafood, you'll adore this ramen cup, topped with surimi (minced fish paste) and covered in a rich broth. Pork and seafood broths make up the milky soup, which creates a lovely symphony with the noodles. People who dislike seafood may try this ramen with less resistance because it is not a fish-only soup and has a milder fish flavor. The toppings include squid, shrimp, fish cakes with chili-crab flavor, pieces of scrambled egg, cabbage, and green onions.

Enjoy the variety of ramen noodles available at Japan Crate. At the Japan crate, you can get a monthly delivery of Japanese-only noodles to your house! Be spiced up by Japan Umai Crate's best Japanese ramen noodles. Just click this link to register right away. Perhaps, you simply like to taste the delicate balance of Japanese noodles right away, head over to the Sugoi Mart noodles collection. Choose any flavor of ramen you like, and then indulge your taste buds with the best authentic Japanese ramen available.