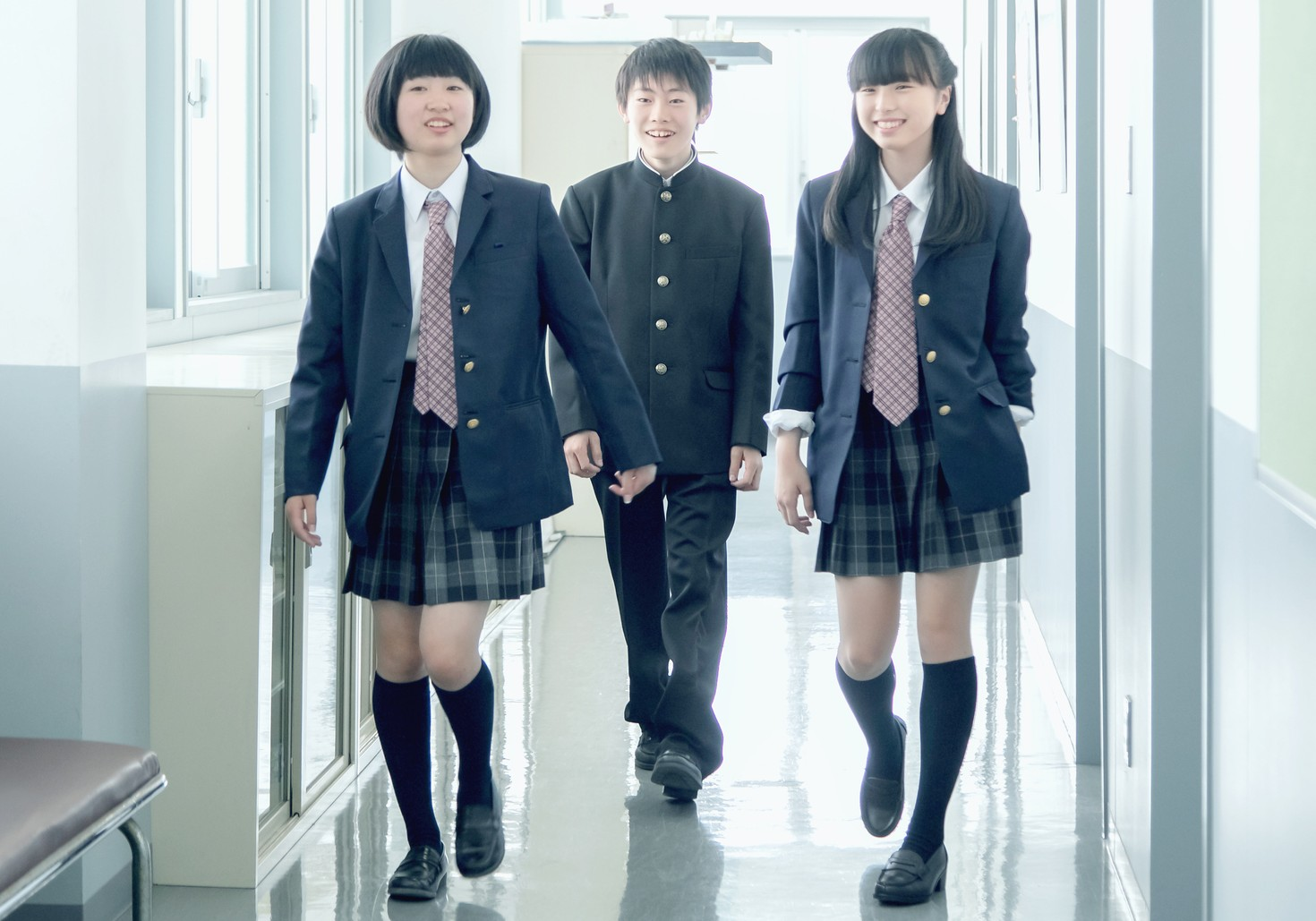 Japanese high school students typically use Japanese uniforms. There are two distinct uniform designs used in schools in Japan. Either the conventional or more contemporary style of uniform may be seen. Usually, these uniforms are available in white, blue, green, and black. The traditional Japanese uniform gives a distinctive look for both girls and boys, drawing inspiration from Meiji formal attire and navy blue uniforms. However, some particular school uniform has become more Westernized throughout the years. The uniform components for a Japanese student are largely the same, despite occasional aesthetic differences between schools due to different fabrics and design features. 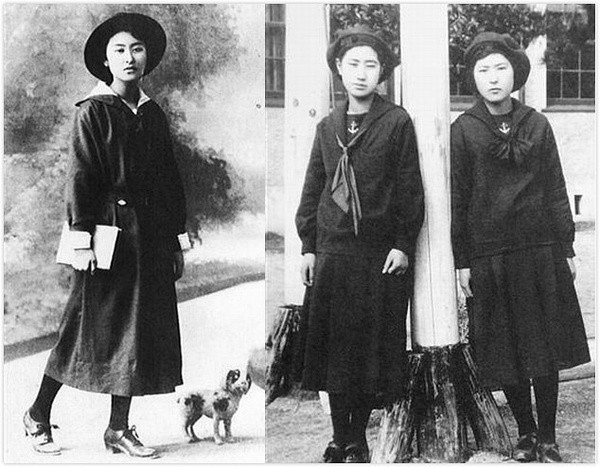 Japanese school uniforms first appeared in the Meiji period, when the Meiji Emperor opened up trade and commerce between Japan and other western nations. Prior to that, Japanese students only wore traditional formal attire to class because they often came from quite affluent households at the time. Boys wore hakama, while girls wore kimonos.

Additionally, in the late 19th century, Japan saw the introduction of seifuku, or Japanese school uniforms, to both public and private schools in Japan. Boys used to wear an outfit that was historically quite similar to the gakuran and included a cap. Much like the male uniform, the sailor outfits for female students bears a similarity to various military-styled naval uniforms. The dress code for girls also featured a kimono, which are loose-fitting pants with pleats and a belt at the waist. Girls could move freely while competing in sports because of these pants. 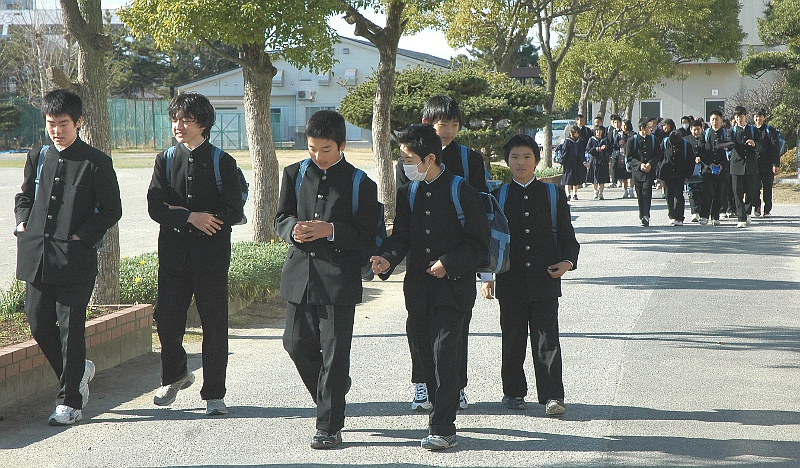 Most of Japan's public and private Junior high schools also have distinctive uniforms for boys. The gakuran is by far the most popular uniform for young boys. It comprises a black pair of straight-leg slacks and a square-shouldered blouse with a stand-up collar and five golden buttons. Normal school uniforms are black. However, some schools may wear navy blue. The outfit consists of a standing collar shirt with bottom-to-top buttons and straight-legged slacks with a dark belt. Boys typically wear penny loafers or sneakers with this outfit as far as footwear is concerned. Moreover, some schools may mandate that students wear collar pins representing their class or school emblem. The school crest is frequently embroidered on the buttons, which are normally gold in color. 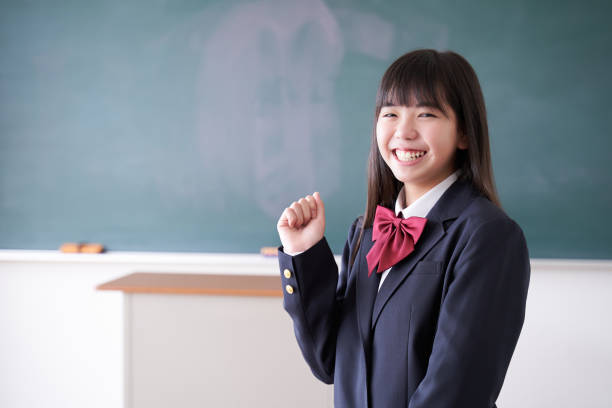 When you think of Japanese schoolgirls, you likely imagine them in sailor uniforms. The sailor uniform design was patterned from the European-style naval uniforms that the British Royal Navy used at the time. The usual uniform generally consists of a pleated skirt and a blouse with a sailor collar. The front of the sailor outfit blouse has a loop through which a ribbon is lashed. Even though all Seirafuku or sailor outfits generally have a similar pattern, the ribbon collar can occasionally be replaced with neckties, bolo ties, neckerchiefs, or bows. The most common shades are typically navy, black, white, grey, and blue. The distinctive feature of this uniform is the sailor-style collar with stripes and collar flap. Girls frequently add a sweater to their outfits in the winter to keep warm. 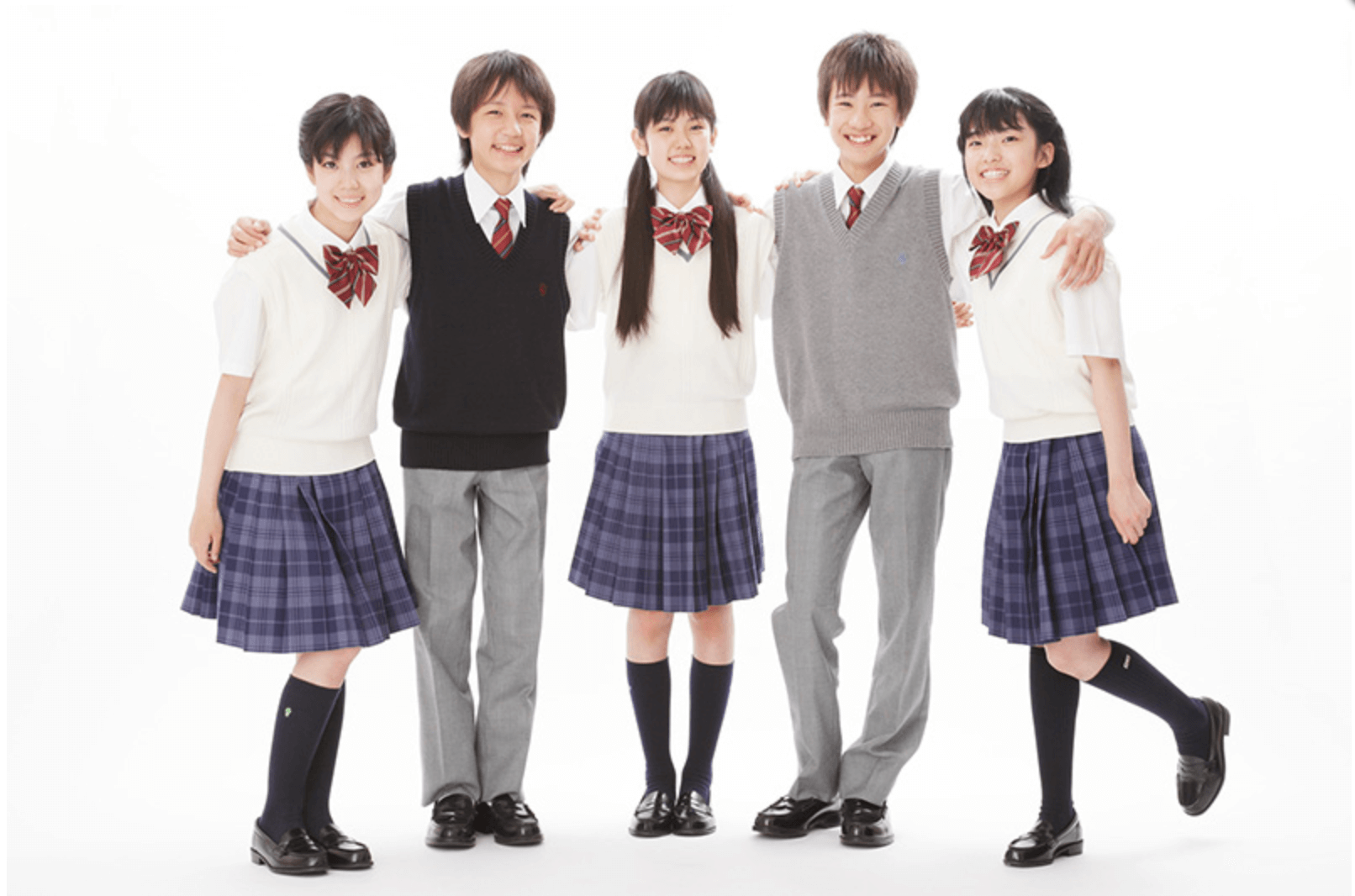 That said, given that summers in Japan are usually hot and muggy, the summer uniform is relatively straightforward and lightweight. For male students, they often include a white dress shirt and pants, and for ladies, a light top and skirt with a tie. In addition, students have a casual sports activity uniform for use during club meetings and physical activities. Winter uniforms worn are made of heavier material, are less casual and more formal, and include a sweater, vest, blazer, and long pants or skirts to keep the students warm. 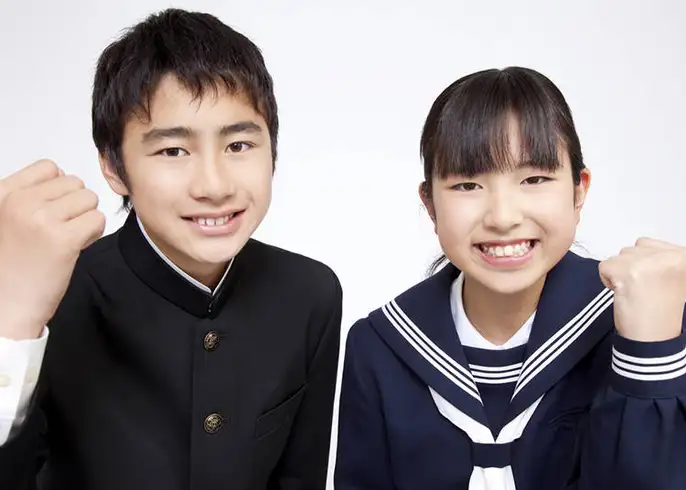 Japanese clothing is indeed distinctive. In addition to having a long tradition of wearing lovely flowing clothing, Japanese culture has adopted unusual trends for school uniforms that are uncommon even among Asian civilizations. In fact, Japanes students adore wearing particular uniforms as a symbol of beauty and fashion. By lowering their skirt, using loose socks, taking off the ribbon, donning little patches or badges beneath their collars, or even just wearing a little cosmetics, students may attempt to start their trends. Regarding the younger children, while there aren't as many public elementary schools in Japan that mandate uniforms, there are still many private schools and government-run public schools that do.

Additionally, students may frequently wear multiple seasonal and activity uniforms within the same classroom throughout the day, depending on the discipline at any particular school. Some public schools have strict rules regulate student hairstyles, footwear, body piercings, and book bags. However, these standards have gotten loose in recent years. So, spice up your school outfit with the cutest items available in Japan. You can get all the kawaii Japanese stationery you could ever want from Japan Crate.