In Japan, it's common to see long rows of brightly colored capsule toy machines containing dozens of tiny capsule balls filled with accessories like toys and keychains. The general term for these Japanese toy capsule machines is "gashapon machines," which is also one of the subsets of the rich Japanese culture that dominates the nation and even the global world. Each capsule toy machine has a transparent display, within which colorful plastic balls house a variety of toys that are themes. And although the majority of machines come in a set with this theme's display on the front, you get a random toy.

What are Gachapon Machines? 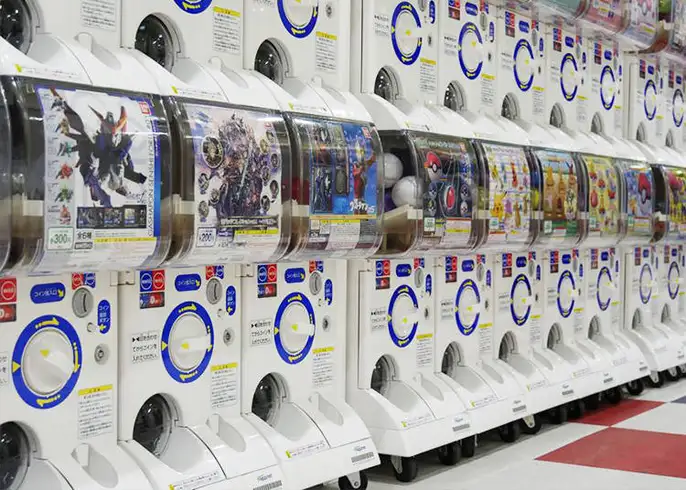 An onomatopoeic combination of gacha (the sound of turning the crank) and pon (the sound of the capsule landing in the tray) is where the word gachapon started. Most Gachapon machines are now divided into several series, and acquiring the toys depends entirely on luck. A completely exciting selection of items is available at the gachapon vending machines, including figurines of some of the most favorite anime characters, key chains, cards, mix-and-match toys, and various replicas of famous landmarks, cute animals, insects, or food items!

The first gacha-gacha capsule-toy selling machines in Japan were installed in front of neighborhood sweet stores in 1965, drawing large groups of kids hoping for good fortune. Japanese culture is one of many to use capsule machines. Bandai has trademarked the name "Gashapon machine," and you may find shops with dozens to hundreds of gaming consoles throughout Japan. Since the machines began to dispense trinkets for older markets more recently, 300 new products have been released monthly.

How to Use a Gachapon Machine? 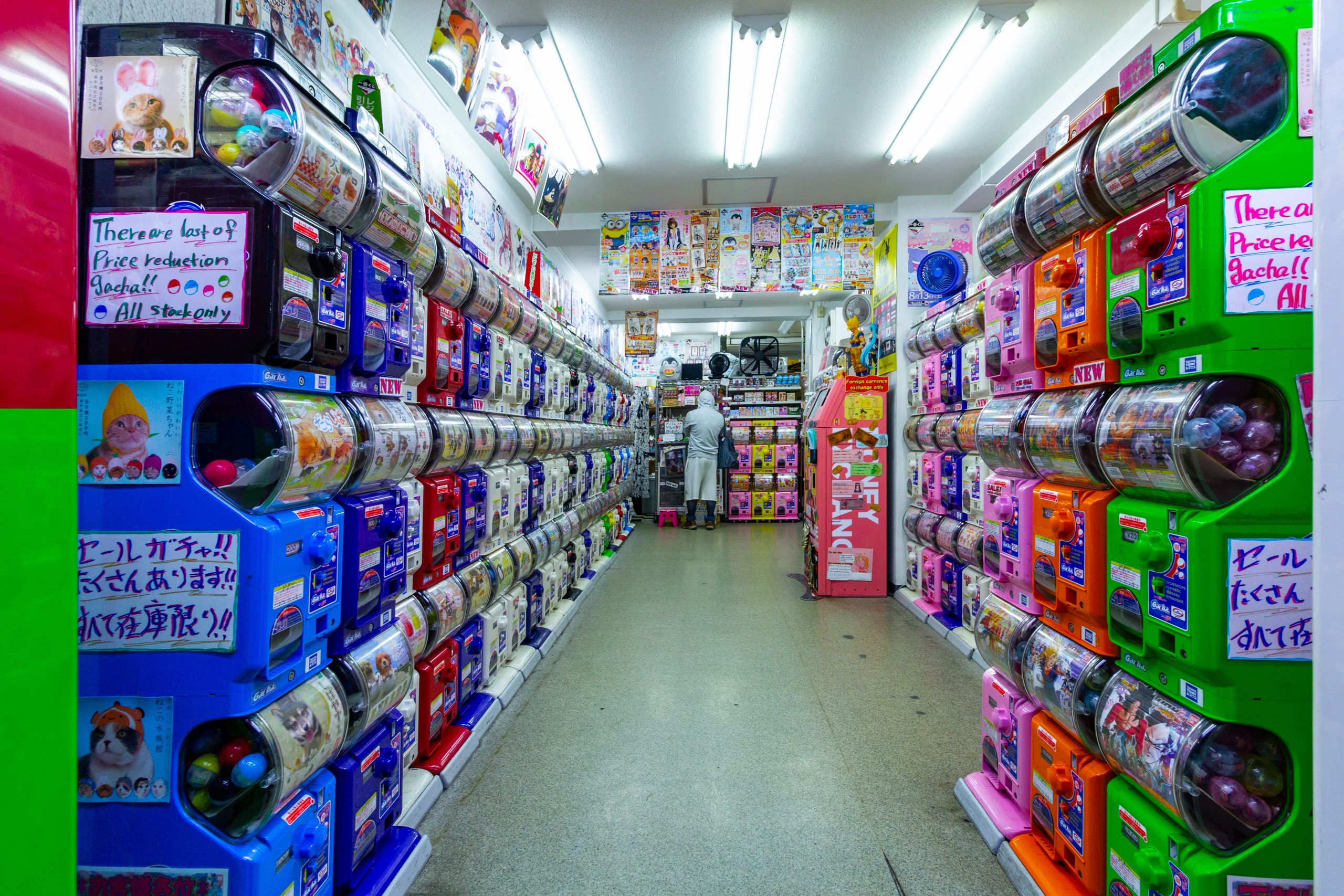 Gachapon machines are one of the easiest things to play in Japan. Finding a Gachapon machine with an item you're interested in is the first step. The likelihood of obtaining something different from what you love is highly possible, but this adds to the game's intrigue. After choosing your preferred gachapon machine, put the necessary number of coins in the coin hole on the vending machine's surface. You can see on each Gachapon machine how many coins are required to win a prize. Prices for bigger or higher-quality toys and smaller prizes might range from 100 to 500 yen.

Then, until you hear the sound of the toy falling, turn the knob several times. Take the toy by inserting your hand into the aperture on the device. Typically, a basket for discarding the Japanese capsule toys is close by. The toys are contained in a circular plastic container. Remove the tape, then open the cylinder to reveal the toy inside. Gachapon is random, so you will receive whatever the gremlin in the machine feels like giving you. Some sets have highly special cards that are quite difficult to obtain to make matters worse.

What to Expect inside a Gachapon Machine? 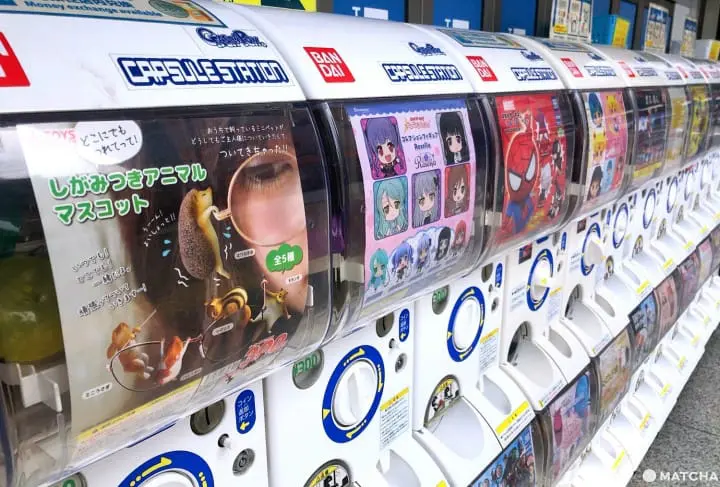 The ability to collect such intricate little characters makes capsule toys popular among the Japanese. Additionally, as each series features five to six different toys, many individuals love assembling the entire set by collecting them all. Realistic figurines of insects and animals are available, as well as humorous depictions of animals in human attitudes. Moreover, some capsule toy replicas of numerous notable locations and specialty goods from all across Japan are well-liked by travelers. Indeed, these tiny containers are jam-packed with concepts and ideas that are distinctively Japanese. Here are some of the best Gachapon toys worth collecting. 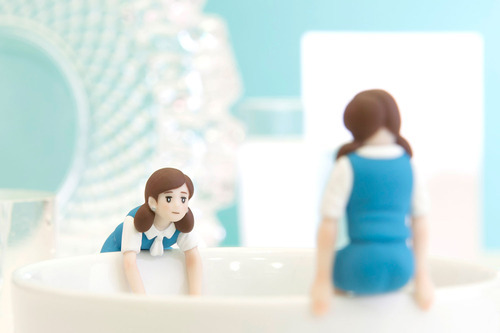 A Gachapon series called Koppu no Fuchiko was made available in 2012 by Kitan Club. In actuality, her name is a pun. The name directly translates to "Fuchiko on the cup's edge" because the Japanese word fuchiko can also mean "the rim of a cup." Typically, Fuchiko is shown as an office lady clothed in a blue outfit and striking various comical stances. Fuchiko's figurines can all be amazingly balanced off the edge of the cup. Fuchiko's popularity skyrocketed on social media, becoming especially well-liked among young women. 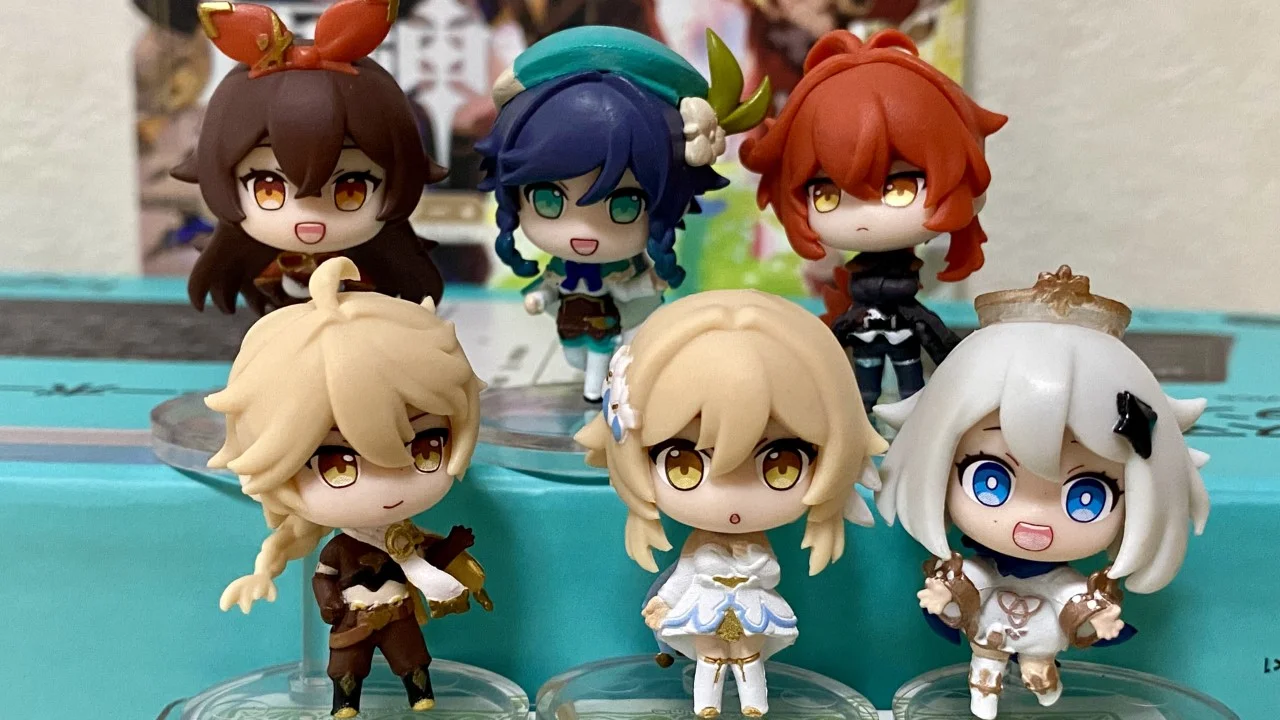 Gachapon machines in Japan include a huge selection of manga and anime characters. These cartoon characters are one of the main reasons many people purchase gachapon when they visit Japan. With hundreds of miniature figures available to represent every period in the anime's history, the Gundam gashapon always stays on the top. Numerous well-known characters are also present, including Sailor Moon, Pokemon, Totoro, and numerous others. 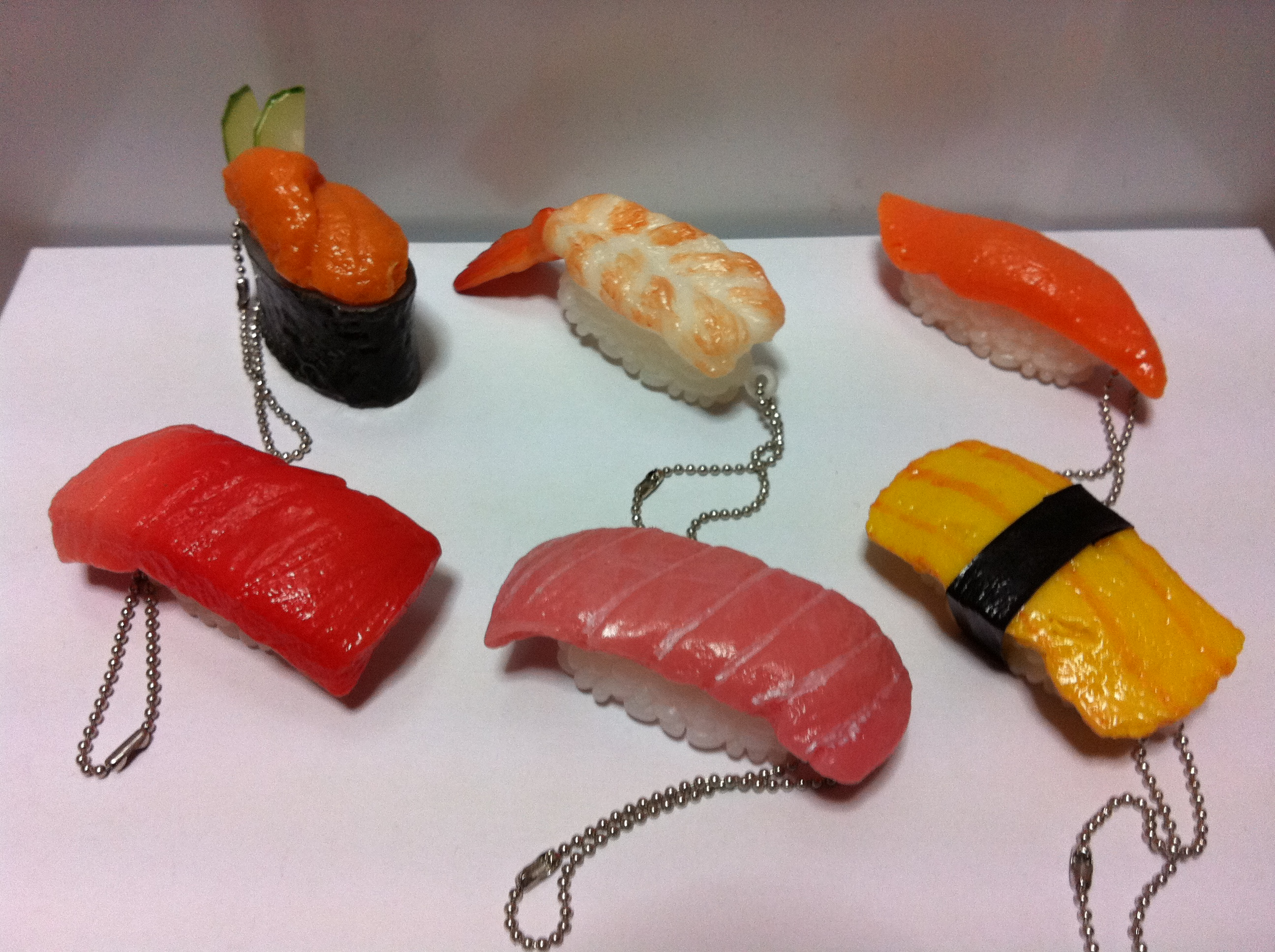 The gachapon subgenre of miniature sculptures with food themes is very popular. This may be one of the clever and entertaining ways Japan raises the joy of living. Even smaller keychain-mounted food replicas are available for purchase at gachapon toy machines. Because of how hard it is to resist their adorable size, condiments like ketchup, karashi, and even Japanese omelets are offered in miniature keychain form. With the help of this limited-edition food miniature, feel the thrill of a Japanese toy vending machine!

If you're looking for a cheap souvenir with some fun and surprise, try these gachapon toys! These are just a few of the best gachapon toys you can acquire in many toy capsule vending machines in Japan. These coin-operated toy vending machines can be found in many Japanese tourist attractions, airports, train stations, arcades, supermarkets, and specialty gachapon establishments like Akihabara Gachapon Kaikan and Tokyo gashapon Street. But wait, there's more! You can also experience the thrilling excitement of Japanese Gachapon with the Sugoi Mart gachapon collection.